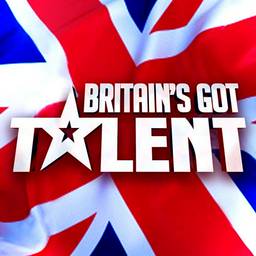 Britain's Got Talent (often abbreviated to BGT) is a British television talent show competition, and is part of the Got Talent franchise. Produced by both Thames (formerly Talkback Thames) and Syco Entertainment production, and distributed by FremantleMedia, it has been broadcast on ITV since June 2007, and is hosted by Ant & Dec, with each series accompanied by a sister show on ITV2 entitled Britain's Got More Talent presented by Stephen Mulhern.

Contestants of any age, who possess some sort of talent, can audition for the show, with their performance judged by a panel of judges; the current lineup consists of the show's creator Simon Cowell, Amanda Holden, Alesha Dixon, and David Walliams. Those that make it through the auditions, compete against other acts in a series of live semi-finals, with the winning two acts of each semi-final proceeding into the show's live final. The prize for winning the contest is a cash prize (the amount varying over the show's history), and an opportunity to perform at the Royal Variety Performance in front of members of the British Royal Family, including either Queen Elizabeth II or the Prince of Wales. To date, the show has had eleven winners, ranging from musicians and singers, to variety acts, magicians and dancers.

A significant show in British popular culture, Britain's Got Talent is the UK's biggest television talent competition, ahead of both The X Factor (also created by Cowell) and The Voice UK, with the show's live final in the third series attracting 17.3 million viewers, a 64.6% audience share at the time of its broadcast. At present, the programme is contracted to run until 2019.