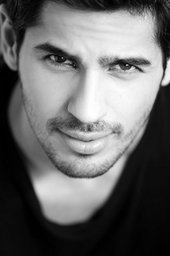 Sidharth Malhotra ([sɪˈd̪ʱːaːrt̪ʰ məlˈɦoːt̪raː]; born 16 January 1985) is an Indian actor and former model who appears mainly in Hindi-language films. Dissatisfied with his modelling career, which he began at the age of 18, he went on to work as a trainee assistant director to Karan Johar for the 2010 film My Name Is Khan.