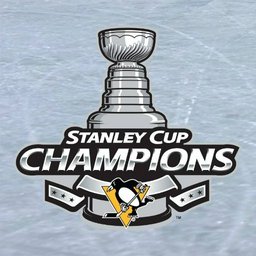 The Pittsburgh Penguins (colloquially known as the Pens) are a professional ice hockey team based in Pittsburgh. They compete in the National Hockey League (NHL) as a member of the Metropolitan Division of the Eastern Conference.

Founded during the 1967 expansion, the Penguins have qualified for six Stanley Cup Finals, winning the Stanley Cup five times—in 1991, 1992, 2009, 2016, and 2017. Along with the Edmonton Oilers, the Penguins are tied for the most Stanley Cup championships among the non-Original Six teams and sixth overall. With their Stanley Cup wins in 2016 and 2017, the Penguins became the first back-to-back champions in the salary cap era. Several of the team's former members have been inducted into the Hockey Hall of Fame, including co-owner Mario Lemieux, who purchased the Penguins in 1999 and brought the club out of bankruptcy. Lemieux, Jaromir Jagr, Sidney Crosby, and Evgeni Malkin have won the Hart Memorial Trophy while playing for the franchise.

Since 2010, the Penguins have played their home games at PPG Paints Arena, originally known as Consol Energy Center. The team previously played at the Civic Arena, also known as The Igloo. Two minor league teams, the Wilkes-Barre/Scranton Penguins of the American Hockey League and the Wheeling Nailers of the ECHL, are currently affiliated with the club.