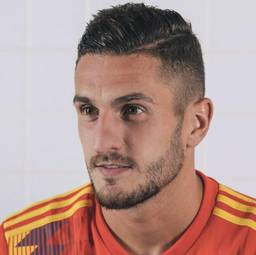 He spent most of his career with Atlético Madrid since making his debut with the first team in 2009, playing over 300 official games and winning six honours, including the 2014 national championship and the 2012 and 2018 Europa League tournaments.

Koke won the 2013 European Championship with the Spanish under-21 team. He also made his debut for the full side that year, and represented the country at two World Cups and Euro 2016.