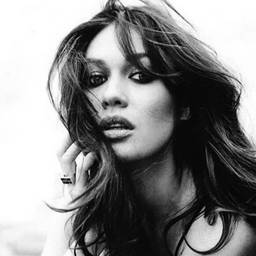 Olga Konstantinovna Kurylenko (Ukrainian: Ольга Костянтинівна Куриленко; Russian: О́льга Костанти́новна Куриле́нко; born 14 November 1979) is a Ukrainian-French actress and model. She was discovered as a model at the age of 13. She moved to Paris to pursue a modelling career at the age of 16 and started her acting career in 2005. She found success as an actress for her role as Nika Boronina in the film adaptation of the video game Hitman (2007), and then mainstream prominence with the role of Bond girl Camille Montes in the 22nd James Bond film, Quantum of Solace (2008).