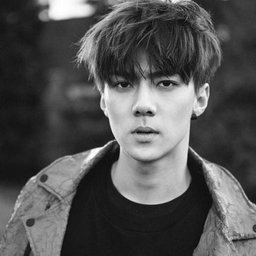 Oh Se-hun (born April 12, 1994), also known mononymously as Sehun, is a South Korean rapper, singer, songwriter, actor, model and dancer. He is a member of the South Korean-Chinese boy group Exo, its sub-group Exo-K and sub-unit Exo-SC. Apart from his group's activities, Oh has also starred in various television dramas and films such as Secret Queen Makers (2018) and Dokgo Rewind (2018). He has been a cast member of Busted! since 2018.