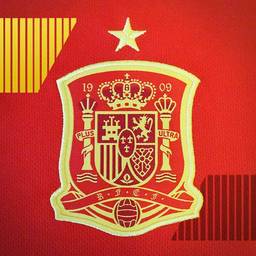 Spain national football team (Spanish: Selección de fútbol de España) is the national football team of Spain. The current head coach is Vicente del Bosque. The team is often called La Roja ("The Red [One]"), La Furia Roja ("The Red Fury"), La Furia Española ("The Spanish Fury") or just La Furia ("The Fury"). The Spanish team became a member of FIFA in 1904, even though the team was made in 1909. Spain had their first match on the 8th of August 1920 against Denmark. Since the team's creation in 1909, they have been in 13 FIFA World Cups, and 9 UEFA European Football Championships.

Spain are currently the European champions, having won the UEFA Euro 2012. The team is rated #2 in the World Football Elo Ratings, and #1 in the FIFA World Rankings.