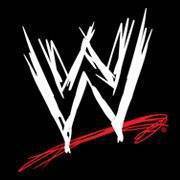 WWE also refers to the professional wrestling promotion itself, founded by Jess McMahon and Toots Mondt in 1952 as Capitol Wrestling Corporation Ltd. As of 2016, it is the largest wrestling promotion in the world, holding over 500 events a year (with the roster divided up into various globally traveling brands), and broadcasting to about 36 million viewers in more than 150 countries. The company's global headquarters is located in Stamford, Connecticut, with offices in major cities across the world.

As in other professional wrestling promotions, WWE shows are not legitimate contests, but purely entertainment-based, featuring storyline-driven, scripted, and choreographed matches, though they often include moves that can put performers at risk of injury if not performed correctly. This was first publicly acknowledged by WWE's owner Vince McMahon in 1989 to avoid taxes from athletic commissions. Since the 1980s, WWE publicly has branded their product as sports entertainment, acknowledging the product's roots in competitive sport and dramatic theater.

The company's majority owner is its chairman and CEO, Vince McMahon. Along with his wife Linda, children Shane and Stephanie, and son-in-law Paul "Triple H" Levesque, the McMahon family holds approximately 70% of WWE's equity and 96% of the voting power.