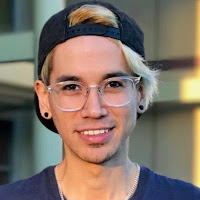 Do you think she will win the case? Mars Argo has been wanting to do music, but has allegedly been intimidated, abused, assaulted, and copied for years by Titanic Sinclair and Poppy. Let's go over the details of the abuse described. Also, a source that is an acquaintance with Titanic confirmed to me that he is dating Poppy, but I don't really think it matters too much. Please note that this is obviously only her side of the story and feel free to read the document yourself to make up your own decision: http://tmz.vo.llnwd.net/o28/newsdesk/tmz_documents/Mars-Argo%20-ThatPoppy-Lawsuit-01.pdf

I hope you guys like the video! I worked on it all day yesterday. The lawsuit was filed on April 17th. I want to start doing videos as soon as I think of them and just upload more in general!

Feel free to look up Titanic's songs "Guppy" and "Trust Fund" on youtube to see just how petty and rude they are to Mars.

✔️Subscribe to my vlog channel for weekly videos of my life: http://www.youtube.com/famousedwin

I'm Edwin and I make weekly videos addressing personal experiences and other topics in a comedic tone.
Tags: poppy news youtube videos
Read More
www.youtube.com
Chat & Discuss
Become a FAN and show your support!
Poppy (formerly known as That Poppy), is an American singer, songwriter, ambient music composer, dancer, and YouTube personality portrayed by Moriah Rose Pereira. She moved to Los Angeles in 2014 to pursue a musical career, where she signed with Island Records and released her debut EP, Bubblebath (2016). In late 20... More

Poppy Delevingne looked typically chic as she stepped out in New York City on Thursday.

To anyone that thinks my video is "reaching" I feel as if you do not truly understand the case. What most people don't realize is that Mars Argo is more than a character, it wa...